I expect that Gage entered the publishing industry in 1874 with little enthusiasm. He had to this point in his life abandoned a teaching profession (Brampton, 1866 - 1870), found that he had not the fortitude for medical school (Toronto, 1870 – 1871) and determined, presumably, that a business of buying and selling cordwood (Brampton, 1871 - 1874) would not advance his desire to improve the lot of those suffering from tuberculosis. Would a position with a publisher allow him to do so? He would find out.

As a result of foresighted educational leaders like Egerton Ryerson, modern school systems and common curricula were on the ascendancy. So was the printing and selling of government approved textbooks.

One printer of those textbooks was the R. and A. Miller publishing company out of Montreal. In 1846, its "English Grammar for Use of Schools" was approved by the Provincial Board of Education for Canada West providing the firm with a solid foothold in the textbook publishing sector.

Fourteen years later, in 1860, the firm opened a branch at 62 King Street East, Toronto and began the printing of an arithmetic book. Shortly afterwards, the partnership of the brothers Robert and Adam Miller disintegrated. The Toronto business was renamed for Adam Miller alone. In 1871, the growing operations moved to 11 Wellington Street West, Toronto. It was there, in a four-story building, that Gage joined the firm as bookkeeper in 1874.

The accounting position would have allowed Gage to see how lucrative the business could be. Presumably, that knowledge propelled Gage on the death of Miller a year after Gage joined the firm, to take up a partnership in it with Miller’s widow. Within five years, Gage purchased her interest becoming the sole owner of the firm which he renamed W. J. Gage & Company. 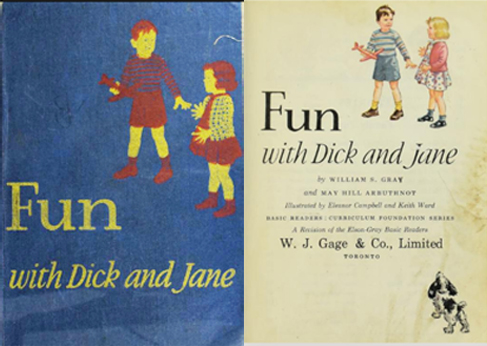 The business, which also included the printing of stationery and non-textbooks, continued to grow. In 1884, Gage moved the business to a new facility on Front Street West to an area known as “publishers’ row”. Eventually, textbooks produced by W. J. Gage & Company were being used by schools throughout Canada. In fact, the near monopoly of his firm in the sector led the Ontario Liberal government to take control of the copyrights on many textbooks the company had produced.

The business had other challenges too. Some of those challenges affected the entire textbook publication industry, which was highly competitive, highly regulated from a content perspective and subject to considerable copyright disputes. Other challenges were more personal. In 1904, in the great Toronto fire of the time, the Front Street building in which Gage operated was incinerated. The fact that his chief competitors also lost their plants in the conflagration would likely have been of only modest consolation.

Gage rebuilt his plant on Spadina Avenue. Opened in 1906, it used modern equipment, setting the business up for success for the next century. On the death of Gage in 1921, the business was assumed by his son-in-law, Harry Love and later by Gage’s grandson. In 1958, the business moved to Scarborough where, in three plants, it was able to produce 1500 textbooks an hour. Today the textbook publishing business begun by the Miller brothers and then operated by Gage is operated as a division of Nelson Education, a major Canadian publisher of school textbooks and educational reference books.

With the success of his publishing business, Gage was invited to join a number of corporate boards. He became a director of the Imperial Bank of Canada, the Traders’ Bank of Canada, the Ontario Sugar Company, and the Anglo-American Fire Insurance Company. But the boards for which he is better known are of the philanthropic variety. In the Dictionary of Canadian Biography, it is said that Gage represented a generation of businessmen who put profit-making in the service of humanitarianism to achieve their concept of a better society.

In addition to his involvement in improving the lives of those suffering from tuberculosis (described in the Ask Colleen article here), Gage was:

For all of this and more, in 1913 King George V bestowed upon Gage the designation of a Knight of Grace of the Order of St. John of Jerusalem. In 1918, Gage was elevated to the rank of Knight Bachelor of the Order. 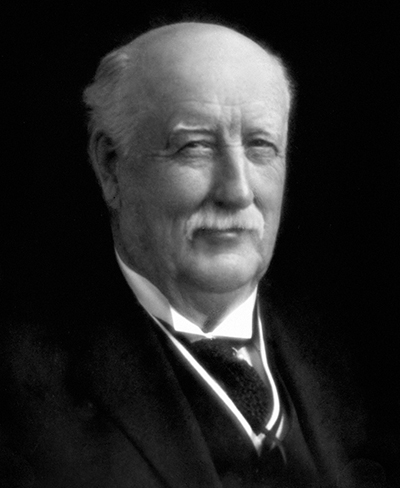 I think we’d all agree that the causes listed above were worthy. They are all causes we’d support today. One of his causes though would likely not fall into that category and because it included some interesting tactics that were unique to the times, I’m going to tell you about it now.

To start, it should be said that Gage, like his parents and grandparents, was a good Methodist. In 1885, he laid the cornerstone for St. Paul’s Primitive Methodist Church in Brampton. He was buried out of Trinity Methodist Church in Toronto. He took the ten commandments seriously including obviously the third which speaks to the sanctity of the Sabbath. In the 1890s, he became chairman of the Anti-Sunday Car Association, a group dedicated to upholding a ban on the operation of Toronto streetcars on Sundays.

“What?” you might ask, as a friend of mine recently did. “How did he expect people to get to church on a Sunday if the streetcars were not operating?” I expect his response would have referred to the vast number of churches in the neighbourhoods that would be serviced by street cars. (See The Old Churches) One could easily have walked to a place of worship.

We can assume that the members of the Anti-Sunday Car Association waged their campaign in all the usual ways: they likely organized speakers to present their point of view; they likely produced and distributed bills (pamphlets). We see the same tactics used today in political campaigns. We also see people use the media to put forward their point of view: they post articles on social media platforms, they write letters to the editor in mainstream media, and they try to convince the editorial boards of mainstream media to support their position.

But one thing you generally will not see today is an association purchasing an interest in a newspaper for the sole purpose of gaining that editorial support. But that is what Gage and his friends did. In 1893, Gage become one of the owners of the Toronto Evening Star, a forerunner of today’s Toronto Star. Under his partial ownership, the paper fought “the degenerate ways” of Sunday streetcar service.

Gage’s ability to use the Toronto Evening Star as a mouthpiece against Sunday streetcar service was short lived. In 1896, the newspaper was taken over by William Mackenzie, the owner of the Toronto Street Railway company and, naturally, a proponent of Sunday streetcar service. The paper became the mouthpiece for the proponents of the service. In 1897, Sunday service of streetcars in Toronto was legalized.

On December 31, 1920, Gage suffered a stroke and died. The Globe and Mail described him as a friend of the sick; a man whose legacy would live on in his noble service.

A History of the Graftons by Russell Grafton

Industry '67 Centennial Perspective, published by The Canadian Manufacturers' Association in May 1967. The original document is accessible through Western Libraries Shared Catalogue.