C. S. Lewis once confessed that “he was afraid of hidden errors, for unlike a mistake in a laboratory experiment which immediately makes itself known, a literary mistake exists in silence till the day it turns irrevocable in a printed book and the book goes for review to the only man in England who would have known it was a mistake.”* 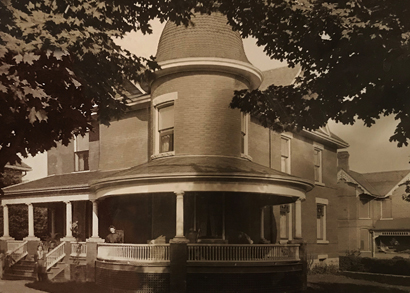 Jessie’s house in the book is portrayed as being on Chapel Street. In real life, the address is 23 Wellington Street. Why the difference?

You are correct. That was a deliberate fictionalization. Jessie’s house at 23 Wellington Street East, is the mirror image of my family’s home at 8 Wellington Street East. In imagining the characters moving through Jessie’s house, I couldn’t get the mirror image right. They walked through my family home, but at a different location. Thus the front door had to face Chapel Street, not Wellington.

Was there really an outbreak of Scarlett Fever in Brampton in 1911? I think of it as a scourge that was more prevalent in the 1800’s.

This is true. While Scarlett Fever was more prevalent in Ontario in mid- late 1800’s, there were occasional outbreaks of it in Peel County in the first and second decades of the next century. 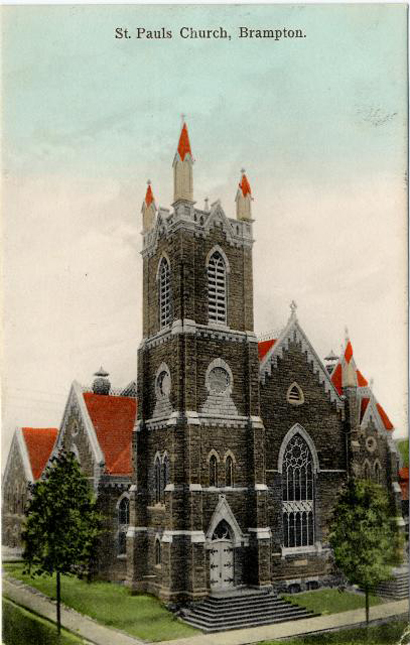 This is an error.

In the chapter Jim and Eddie’s Folly you describe the people camped out on the front steps of St. Paul’s Church watching the rising Etobicoke Creek. You describe the steps as running the entire frontage of the Church. In fact, at that time the two sets of front doors of the church and their respective stair cases were not connected. Was that intended?

You are right. I am very familiar with the long connecting stair cases of St. Paul’s, having used them much of my life! I only found out recently that they were not always connected.

**From the Collected Letters of C. S. Lewis, Volume III page 149 to 150 as referenced in A Life Observed, A Spiritual Biography of C. S. Lewis by Devin Brown, published by Brazos Press, a division of Baker Publishing Group, Grand Rapids, Michigan, 2013

Image 2 – Jessie’s house circa 1905. Her Mom is in background
Image provided by Lynne Golding

Image 3 – Ambulance transport of a child.
Image from Building on the past, Milestones from the History of Public Health in Ontario. See Bibliography (click here)