ABRIDGED EXCERPT FROM CHAPTER 5 OF THE MENDING

Each year Father produced at least half a dozen cantatas that were performed on Sunday evenings at our church. Always anticipated and well received was the annual Christmas cantata.

The production claimed hundreds of hours of Father’s time, hours he spent conceiving the story line, identifying the characters, writing the dialogue and stage direction, determining the correct musical elements, writing original music and lyrics and working with the choir and quartet on the performance of the entire score. In the end, the cantata had all new characters including a wide cast of Christian, Greek, and secular figures: six angels, four shepherds, Hope, Charity, a Goddess of Dreams, a Goddess of Love, Santa Claus, and a Frost King. The cantata required a new stage backdrop, which Father conceived and others constructed.

By early December, adjustments were still being made to the costumes, backdrop, speaking lines and musical score, but with three weeks to the performance, Father was convinced it would be complete well beforehand.

“It is going to be a triumph,” he said one night at the dinner table, feeling quite self-congratulatory.

“I’m sure you are right,” Mother said sincerely. “You have outdone yourself this time. No one could ask more of you.”

But it seemed someone could. When Roger Handle, Father’s friend and one of the church’s elders, arrived at our house, I sensed that he intended to criticize Father about the production.

“Let me get straight to the point, young man,” Mr. Handle said. Mr. Handle was the only person who called Father—who was his peer—a young man. Mr. Handle had nicknames for everyone he held dear. “We know how much work you’ve done on the cantata. Tickets are nearly sold out, and there are still two and a half weeks to go. The town is abuzz over the new production, but I’ve been asked by the elders to see if we could impose on you a little further.

“First of all, we’d like a second performance of the cantata. We think that we can sell the church pews over twice.” Father was quite amenable to that. Having put all of the effort into the creation of the cantata, he expected the players would be glad, to perform it twice.

“The second request is that the proceeds from the second production go to the Red Cross Belgian Relief Fund.” These were not funds to come from Father’s pocket, so he did not object.

“And the third request. We’d like you to add an opening act to the performance. We would like something a bit more patriotic.” Now Father was offended. He never liked it when others interfered with his artistic direction.

“A bit more patriotic? Our motto at this time is business as usual. The cantata is patriotic!” Father cried.

“We were thinking of something that might involve, perhaps, a flag or two? Perhaps an anthem? ‘Rule Britannia’? Something like that?” As always, Mr. Handle was very calm.

“I’m sorry, Handle,” Father said defiantly. “That is really not in keeping with the spirit of a Christian Christmas cantata.”

“Young man, you have Santa Claus in there. A Goddess of Dreams. You’ve stepped a fair way from the book of Luke. In this year, at this time, you could go a little further.”

The calm Father felt three days earlier vanished within moments of Mr. Handle’s departure. “Get me some paper, Mother,” Father bellowed as he set himself up once again at the dining room table. When we came down to breakfast the next day, the table was strewn with musical notes, stage directions, and costume drawings.

At 7:30 p.m. on Tuesday, December 22, 1914, Mr. Duggan, the superintendent of the Sunday school, quietened the audience. Every pew in the church was full. With no more fanfare, he asked the audience, “Who’s for the flag?” As he stepped aside, eight men in red British grenadier coats entered the sanctuary. Marching up the main aisle, each carrying a rifle, they began a patriotic chorus, one tenor singing the solo parts, the others joining in the chorus. As they positioned themselves in a semicircle on the makeshift stage at the front of the church, two figures emerged. The first, waving a large Union Jack, impersonated John Bull, the imaginary British recruitment officer. Then, waving a large Red Ensign, another man played Jack Canuck, the Canadian equivalent. The crowd applauded heartily as the eight men sang “Tipperary” while they marched back down the aisle.

Moments later, the choir began singing the first two verses of “Rule Britannia” as fifteen of the church’s boy scouts marched into the sanctuary, variously wearing shirts of red, white, and blue. Their leader, waving a Union Jack, ushered them to one side. The choir ceased singing and the orchestra played the first chorus of the Belgian national anthem. Twelve children marched into the sanctuary, wearing shirts matching the colours of the flag of the Kingdom of Belgium. The performance was repeated for “La Marseillaise” and then the Russian anthem. Finally, the last twelve children entered the final verse of “Rule Britannia” being sung again. Once all sixty children were at the front of the sanctuary, the audience stood with the children and sang the Canadian national anthem. Standing directly across from them at this point, I heard Mr. Handle say to Mr. Duggan as they returned to their seated positions, “He really out did himself, didn’t he?” 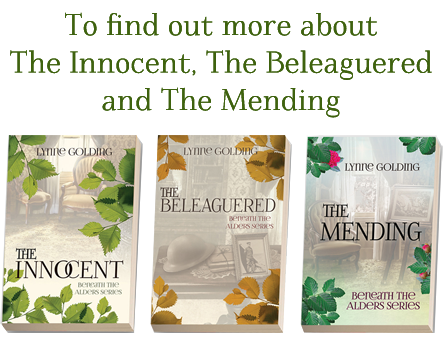