Life at Victoria College in the Early 1920’s

In the fall of 1921 my great aunt, Jessie (Roberts) Current, the inspiration behind the fictional Jessie Stephens character in my Beneath the Alders series, commenced her post-secondary education at Victoria College, a Methodist college affiliated with the University of Toronto. As a Vic grad myself (8T4), it was fun writing about this period of Jessie’s life. I was supported in those efforts by the able work of my researcher Colleen Mahoney, who combed back issues of UofT publications including the course books or school calendars as they were then and are still called, year books (Torontonenesis) and newspapers (Acta Victoriana and The Varsity). Here are some of the interesting things we learned about those who attended “Vic” beginning in 1921 (the class of 2T5).

At Victoria College, Jessie was one of eighty-five freshettes (first year women) in a class of 187 first year students. The return of men from the front was beginning to affect the composition of the classes just as it had years earlier when the war commenced.

In order to be admitted to Vic, in addition to passing the necessary matriculation exams, a candidate for admission was required to produce satisfactory certificates of good character and be at least seventeen years of age on or before the first of October in the first year of studies. One would not have thought there would be much difficulty in meeting the latter requirement, but possibly for some, the first would have been an obstacle!

Victoria College boasted the first female university residence in Canada: Annesely Hall, the red brick, white window trimmed Queen Anne style building on University Avenue, across from the Royal Ontario Museum. The building, which opened in 1903, was named after Susannah Annesely, the mother of John Wesley. With wide indoor hallways, each room within it was unique. On its main floor included a library and a music room.

Students who did not reside in the university residence or with their parents (or a person selected by their parents) were required to board in houses approved by the President of the college.

Victoria College students took their initiation activities seriously. For the women, the proceedings were organized by the second year “sophs”. In October 1921, freshettes were required to dress as characters from Alice in Wonderland. They were blindfolded and shot down a rabbit-hole slide, before being ushered through a pool of water-gun induced tears. After crawling, squirming and pushing their way under a narrow gate they emerged into the wonderland of Alumni Hall within the main Victoria building, affectionately known then as now, as “Old Vic”. There they were tried for the little foibles that had been identified in their character in the prior two weeks before being sentenced to a beheading. Happily, the sentence was commuted, in favour of the requirement to wear a green embroidered bib each day for the next seven.

Classes were held six days a week including Saturday mornings. Jessie, who was enrolled in the department of household sciences, had twenty hours of classes per week in her first year including 6.5 hours per week of each of physics and chemistry and 3.25 hours each of zoology and botany and one hour of household science. The other seven hours of classes included two hours per week of each of English, German, and French, and, one hour of either religious knowledge or mathematics. Lab and tutorials were presumably in addition.

At Victoria College, students were required to attend morning prayers in the chapel each week day. Saturdays and Sundays were excepted.

Victoria College students were urged to join as many clubs and activities as they could. Options included the Women’s Student Christian Association, which seemed to be quite popular, as well as the Women’s Undergraduate Association, the Dramatics Society, the Literary Society, the Acta Victoriana Board and the Annesley Hall Government Association. In addition, there were women’s athletics, choral and glee clubs and an orchestra. Jessie joined the Kappa Kappa Gamma fraternity (or sorority).

There were many opportunities to participate in athletics—both organized and unorganized. Of the organized nature, Vic had teams for tennis, basketball, hockey and baseball.

One of the rewarding moments of research occurred when Colleen found Jessie’s picture among those on the Victoria women’s hockey team. Jessie, who suffered from arthritis in one knee as an adult, attributed the condition to a fall on the ice while playing hockey for Vic. We began to think that the injury was sustained in a pick-up game of hockey as her photo was not among the women’s team in the first three years of her undergraduate program. Finally though, Jessie was pictured among her teammates in her final year. In that year the university had changed the rules pertaining to varsity and inter-varsity teams. Those playing for the UofT teams could not also play for the college teams. This opened the field (pardon the pun) to other players and Jessie finally qualified for the Vic team.

There were plenty of plays and shows on offer for the students. Some of it included titles not necessarily in keeping with those Methodist values. Plays available on the university campus included works with titles such as: Suppressed Desires and How he Lied to Her Husband.

At Vic, the students watched the annual ‘Bob’, a talent show of sorts, in which the Vic men (yes, only men) performed insulting parodies and sang self-congratulatory songs, in honor of Robert ‘Bob’ Beare, a former janitor of the college.

Dancing for Vic students was no small feat. A good Methodist institution, the activity was not permitted on its grounds. At Vic, couples were instead permitted to “promenade.” Dressed in their finest with program cards complete, lines of couples would walk in procession through the wide halls and staircase of Old Vic, the orchestra setting the tempo for their steps.

Fortunately Vic students had other dancing options. One of the most popular dances each fall was the one held at Hart House, the recently opened men’s undergraduate centre, named after the industrialist and philanthropist Hart Massey. On that night, the centre’s gymnasia, wrestling room, boxing room, common room and reading rooms were converted into ballrooms. Even with that, there was insufficient space for all who would have liked to attend and so the tickets for it were allotted among the various colleges, based on Hart House membership. In 1921, Victoria College had 305 Hart House members and so was eligible for forty-three tickets. The program commenced at 8:30 p.m. and included sixteen dances comprised of two waltzes, two moon waltzes (I am picturing Michael Jackson waltzing), nine fox trots, two ones steps and a grand march.

For a place to meet off campus, there were tea rooms. Among the most popular for students were the Regent and the Bluebird Tea Rooms. The Regent was located at 83 Bloor West, about halfway between Bay Street and St Thomas Street. There one could enjoy lunch, dinner or afternoon tea for between twenty-five and fifty cents. The Bluebird Tea Rooms were located at 699 Spadina, one block south of Bloor. In addition to meals, it offered a private banquet room for class parties and “splendid hardwood floors” for private dances.

When it was time to graduate, women wore white dresses under their black robes. 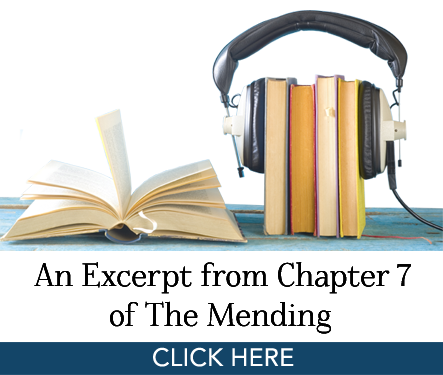