The Melita, the Montnairn and the Magic

When you think of a cruise ship, you might think of the Titanic and how she was portrayed in James Cameron’s 1997 epic film of that name. Or perhaps you think of lighter fare: Captain Stubing, Dr. Bricker or Purser “Gopher” Smith from the 1970s and ‘80s Love Boat. Or maybe you have memories of your own pre-COVID cruises. 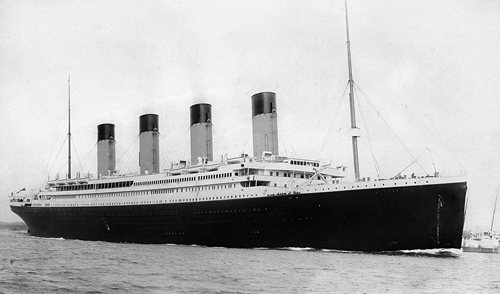 Over the past sixteen months, I have thought longingly of our many past holidays including two wonderful cruises aboard the Disney Magic. Of course, my cruises and those on the fictional Love Boat were just that: cruises. Today we use airplanes, cars and trains to travel to specific destinations. Passenger ships are now often used simply for pleasure.

But this was not the case in the summer of 1926 when my great aunt, Jessie, then twenty-three years of age and members of her family boarded the The Melita in Montreal for an eight day crossing to Cherbourg, France; and it was not the case when they returned a month later from Glasgow, Scotland aboard the The Montnairn. At that time, ten months before Charles Lindbergh flew the Spirit of St Louis from Long Island, New York to Paris, transatlantic crossings could only be made by ship.

How did the 1926 ocean liner experiences of Jessie and her family taken on the Melita and the Montnairn nearly one hundred years ago compare to those taken today on a ship like the Magic? How did those older ships compare with the newer? In answering this question we are fortunate to have the wonders of Wikipedia as well as Jessie’s journal from her trip, which in 2020, my daughter Elexa transcribed, edited and annotated. Read more on that in The Journal Dilemma and the video in this newsletter.

First of all, it must be said that the ships varied in size and manner of propulsion. Interestingly, for all of the years that have passed between the maiden voyage of the Titanic and the Magic and the vast improvements in technology that have been realized in the interim, the Magic cruises at a speed only slightly faster than the Titanic. The little difference may be a result of the tonnage of the Magic which is almost twice as heavy as the Titanic. It may also be a factor of preference. Part of the pleasure of a cruise might be its measured, calm pace.

The table below shows key features of the four ships.

There must have been a Love Boat style cruise director like Julie McCoy on the ships on which Jessie sailed, for it appears that someone was responsible for keeping the passengers busy during the day. In her journal, Jessie wrote about shuffleboard tournaments, deck tennis and other organized sports. One of the more interesting day time pastimes was swinging and skipping-- hours of skipping. My daughter Elexa and I struggled to find an alternative meaning to the word “skipping”. It seemed so unlikely to us that young women in their twenties could spend so much time and obtain so much enjoyment jumping up and down over a rope. We could not find an alternative meaning. Perhaps in the 1920’s skipping provided the satisfying work out regime of today’s elliptical machines and Pilates and spinning classes.

For the more sedentary, which sometimes included Jessie, there were cards: bridge (the modern contract version of which was new at that time), hearts and whist. At night time, in addition to the playing of cards, dancing and singing, there were shows. The shows were not the Broadway variety such as those now performed on the Magic, but “concerts” in which the passengers themselves contributed to the entertainment. “Stunts” performed by passengers included one on the eastbound trip where Jessie and her new found friends entertained other passengers by wearing pajamas of the opposite sex and singing limericks. On the way home, they participated in a “mannequin parade” which it appears was a form of fashion show.

The cabin class system which on the sinking Titanic led to life boats and access to the upper decks being barred to those traveling “steerage” has been entirely eliminated on Disney cruise ships. All cabins on the Magic are “Disney class” though some are clearly larger, more expensive and better situated than others.

In the 1920’s, Canadian Pacific, which owned both the Melita and the Montnairn, was moving towards a more egalitarian cabin system. Officially, when Jessie sailed, the Melita had only two classes of cabins: 550 passengers could be accommodated in “cabin class” and 1,200 in “third class”. The Montnairn had three classes: “cabin class”, “tourist class” and “third class”. I say “officially” because it seems that unofficially the old first class, second class and steerage terms were still used by the passengers. On the Melita on the way to France, Jessie wrote about dancing on the “first class passenger deck” (not the cabin class passenger deck) and dancing with a “steerage” (i.e. third class) man.

Icebergs were, fortunately, not a threat to the safety of Jessie and her family on their transatlantic crossings but both the Melita and the Montnairn encountered icebergs. The Montnairn, then known as the SS Prinz Friedrich Wilhelm, had been one of the ocean liners in radio contact with the Titanic the night she sank in April, 1912. As she was 120 miles south of the Titanic she was unable to render assistance.

When the Melita sailed out of the St. Lawrence on her way to the Atlantic on July 16, 1926, Jessie and her new found friends viewed over seventy of the ice formations. She wrote:

On the South was Newfoundland and in between were lovely ice bergs. We went up on the captain’s deck in the afternoon and watched them for about three hours. They are lovely. Each one reminds you of something – castles, statues and birds. They are pure white but where the water comes up is a beautifully clear green. They say that there have not been so many in years.

Jessie mentions shipboard meals in her journal. There are references to breakfast, lunch and dinner but there is no mention of a buffet. To be fair, buffets are not largely on offer on Disney ships either, except at breakfast. While they may not have been standard fare on ships in 1926, it was not for a lack of existence. The concept of eating a buffet meal has been in existence since the 1600s when French kitchen staff surprised by unexpected callers, would lay on the table a selection of what was then available in their cold room.

As for the décor of the three ships, it seems possible that the Magic, being intentionally decorated in the art deco style of the 1920s, was more true to the fashionable décor of the period than either the Melita or the Montnairn that actually sailed in it. The style of décor did not feature in Jessie’s journal.

Murder was attempted on the James Cameron version of the Titanic. Think of Jack Dawson being handcuffed to below deck pipes by Cal Hockley’s valet, Spicer Lovejoy. However, one person was actually murdered on the Melita. On October 21, 1925, nine months before Jessie and her family began their voyage, the Melita’s captain, A. H. Clews, was shot dead in his cabin while asleep. Another officer, David Gilmour, was also shot in the head. In his efforts to subdue the assailant, John Holliday, the second engineer, was shot twice in the chest. Neither Gilmour nor Holiday succumbed to their injuries.

Perhaps the biggest difference between these three ships is the risk to which their very being was exposed.

The Montnairn, the oldest of the three ships, was in existence during World War I. Under ownership of the North German Lloyd firm and known as the SS Prinz Friedrich Wilhelm, the ship spent the war years at port in Odda, Norway. At the war’s end, in 1919 the Montnairn was surrendered to the British and made available to the Americans for demobilization. As a troop transport ship between April and August 1919, she made five trips between France and the United States carrying over 15,000 passengers. A year later she was chartered by, and later transferred to, Canadian Pacific Steamships. By the time Jessie and her family boarded her in Glasgow in 1926, she was known as the SS Montnairn. Between her maiden name SS Prinz Friedrich Wilhelm and that name, she had borne four others: The Empress of China, The Empress of India, the SS Montlaurier and the SS Monteith.

The war service record of the Melita was more storied than that of the Montnairn, for the Melita was involved in active duty. In 1932 the Melita made her 146th and final transatlantic crossing. After completing some short cruises out of Glasgow, in 1935 she was sold by Canadian Pacific to brokers in Italy on the condition that she and her sister ship, the Minnedosa, were broken up. That condition was breached and the two ships were refitted as troop ships for the Italian government. The Melita was renamed the Liguria before being torpedoed by the British on July 5, 1940. It was not the British arsenal that sunk the ship though. That was left to the retreating Italians, which scuttled (intentionally sunk) the ship in the port of Tobruk when the area was captured by British and Australian forces.

The biggest risk to the Magic, which had her maiden voyage in 1998, was likely the decision about whether or not she should be constructed. The foray of the Walt Disney enterprise into the cruise ship industry and the initial outlay of $400M USD to have the ship built was likely not made easily.

Neither the Melita nor the Montnairn are now in existence. The Melita, having been sunk by the Italians in retreat, was raised in 1950 before being sent to the scrap yards in Savona. The Montnairn skipped the intermediate sinking process and went directly to the scrap yards in Genoa in 1929. As for the Magic, her ability to return to a normal cruise schedule and the blasting of the tune “When You Wish upon a Star” from her horn while at sea, will be a sign that the worst of the COVID-19 virus is behind us.